The Lighthouse of 1854, San Diego Historical Landmark #17, also is known as the Cabrillo Lighthouse and is located on the grounds of Cabrillo National Monument. 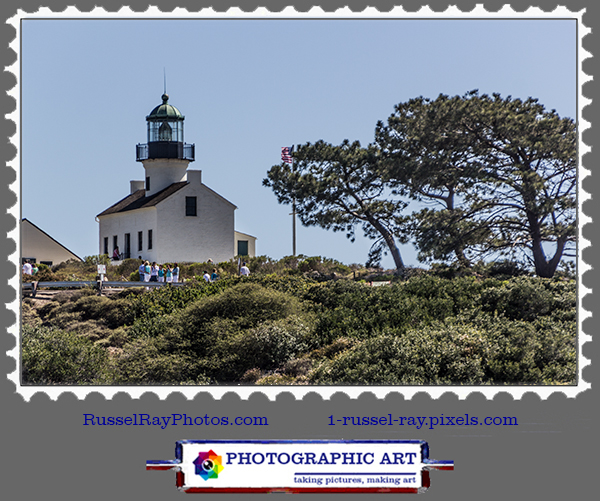 Just 19 days after California was admitted as the 31st state of the United States, Congress authorized $90,000 to build six lighthouses along the California coast. By the time they got around to building the Cabrillo lighthouse, there was no money left so congress had to authorize another $59,434. Construction began in April 1854, was completed in October 1855, and was lighted for the first time at sunset on November 15, 1855. Officially it was light number 355 in the Twelfth United States Lighthouse District.

The lighthouse was decommissioned on March 23, 1891, being replaced by a new lighthouse at a lower elevation. During its time in use, it was at the highest elevation of any lighthouse in the United States. However, what originally was considered good turned out to be bad, bad, bad. Being at the top of a 400-ft cliff meant that fog and low clouds blocked the light from ships.

The lighthouse tower normally is closed off to the public. However, there are two days a year when it is open: August 25, which is the National Park Service’s birthday, and November 15, which is the Lighthouse’s birthday. I can highly recommend trekking to the top of the tower; it’s pretty cool. 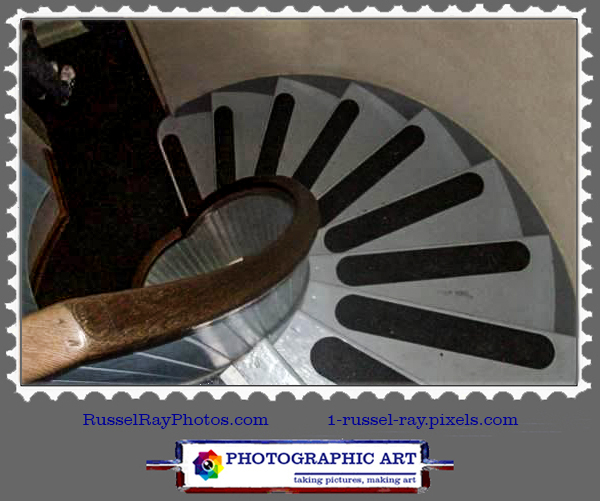 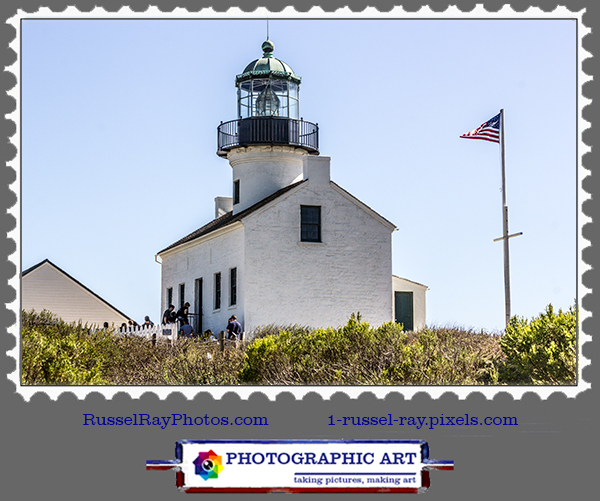 The main purpose of the Electoral College was, and still is in my opinion, to prevent the most populous states and cities from electing the president every four years. If one chose to ignore the least populous states, then could band together and do you in, something they could not do if it was a direct popular vote. Clinton did not go to Wisconsin at all, and didn’t set foot in Michigan until four days before the election. Two reliably blue states suddenly weren’t so reliably blue anymore; in fact, they turned a light shade of red.

What might have happened in 2016 if we had a direct popular vote? Let’s make some educated guesses.

Here are the Top 25 states by those 2015 population estimates:

That should tell us enough right there that there are going to be swing states with a direct popular vote.

I am going to take some liberties with numbers here because this is not a dissertation. I’m not going to go county by county in each state or city by city. To tedious, and I’m not getting paid for this research. So I’m going to use the numbers I cited above about population, votes, and percentage of the population that votes.

Quite a few votes there.

One could just campaign east of the Mississippi River and hit 16 of those CSA’s!

But I would submit that Republicans would never have a chance if we had a direct popular vote because cities are reliably Democratic. Don’t believe me? Go check the cities in the reddest of the red states, like Utah, Alabama, and Georgia. Every other state is just like that. It’s the suburbs and rural areas that decide the elections. Ooops. Back to swing areas, aren’t we? Rural areas are reliably Republican. Go look at Utah, Alabama, and Georgia again. So really we’re to the suburbs as the swing areas.

Now if money and time are important when out on the campaign trail, does anyone really believe that candidates are going to go anywhere other than to the big metropolitan areas with their many suburbs? We would have lots of swing cities.

The more people have to live in close proximity to people who are different, the more those people are tolerant of differences, even accepting of them. So I should be all for a direct popular vote. I’m not. I will put aside my self interest for the good of the nation. Without the Electoral College, a super majority of those red states would always feel neglected. No candidate would visit them and even if they banded together, they would never have a say. The cities would be too powerful. I do believe that eventually there would be another war between the states.

So instead of going to a direct popular vote, I think we should return to the practices of my generation where each family had four children minimum and up to nineteen, the highest I personally know of—I come from a Mormon (mom) and Catholic (dad) family. The more people we have, the more progressive we become!

San Diego is a destination for Christmas for those who want to get away from the snow. However, we do have snow in San Diego county, but you have to travel about 60 miles from the airport to play in it. 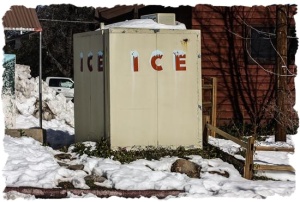 If you are traveling to San Diego by plane, sit on the left side. Best views of downtown as you’re landing.

If you are coming by train from Los Angeles, sit on the right side. Best views of the beaches, piers, and ocean.

I have an annual Keeper’s Club membership to the Zoological Society so I get four free passes each year. The four passes on my desk right now expire June 30, 2017. I normally give them away on Christmas Day when Jim and I go to the Zoo or Wild Animal Park, a Christmas tradition for us.

If you are coming to San Diego and would like a free pass, let me know. And if you want your own personal docent for the day, for Zoo, Wild Animal Park, or general tourist stuff, I have been known to do that, too. Give me 12 hours notice and I’m yours.

Earlier this year I delivered packages for Amazon and people for Uber. Those two jobs were the worst I ever had, and those two companies are the worst I have ever been affiliated with. I’ll just leave it there….

One of my goals for driving, though, was to explore the nooks and crannies of San Diego County that I ordinarily wouldn’t explore.

On one of my deliveries I found two Glarfs (Glarves? Scarf, scarves; Glarf, Glarves?????). Their names are Rumbi and Rangui, and they’re kind of cute: 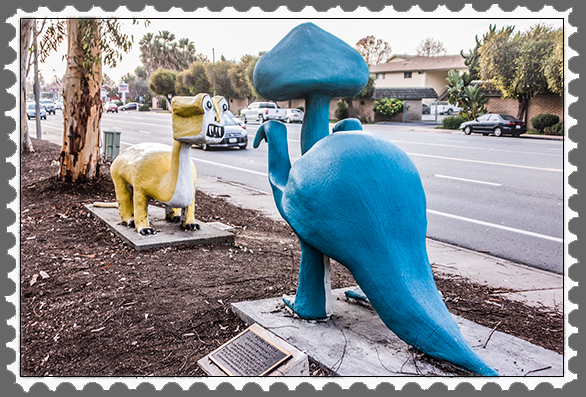 Rangui the Glarf is the one in yellow, and Rumbi the Glarf is in blue. Rangui and Rumbi were born in 1959. Daddy was Jerry Lee Gauss of Bonita, California, which is where these two Glarfs still live. Daddy was only 15 years old when he had these two little ones. Sadly, Jerry died at the age of 19 in a traffic accident. “Glarf” was Jerry’s word for dwarf dinosaur.

Rangui and Rumbi guarded the Gauss home on Valley Road in Bonita in the 1960s. Rangui and Rumbi ran away from home in 1970. No one knew where they were. They were located in 1993, and they were given a permanent home in 1999 on Bonita Road, south side at about 4140.

We have been having beautiful sunrises and sunsets since mid-October.

My home office faces east, and, like my wise old grandmother, I get up before the sun does. Thus I see the sunrise every day. Following is the sunrise of December 2:

I wasn’t prepared for that sunrise so I had to take the picture through my home office window (only slightly dirtier than the windows in a coal mine) and through the screen. So all the smudging will forever prevent me from using that picture for anything other than a snapshot for a blog post.

Here’s another from October 24 through my home office window:

The most beautiful sunrise I have ever seen might be that of December 5:

I was prepared for it, so the window was open and the screen had been removed.

The only sunrise that might compete with it is the sunrise on September 17, 2012, that I watched from the top of Mount Helix, also here in La Mesa (Mount Helix is a mountain 900 feet tall—if they are taller than us, we call them mountains here in San Diego): 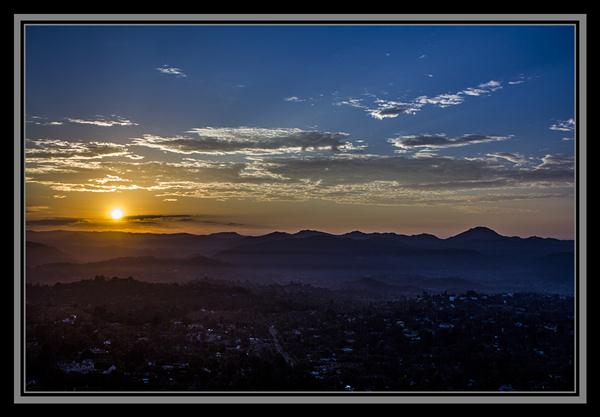 I have billions of sunset pictures because I have to make myself all beautiful and go out into the world in order to get sunset pictures since there is a mountain behind me blocking my view to the west. My favorite sunset pictures usually involve water or boats, like panorama of San Diego harbor on November 7, 2016: 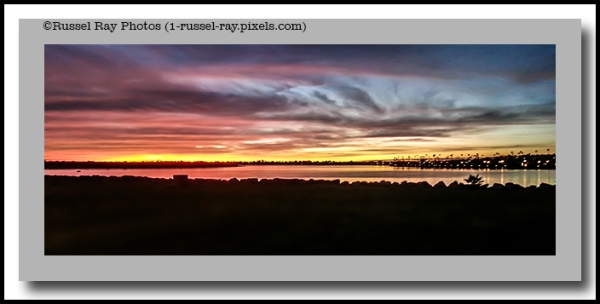 My favorite sunrise and sunset pictures usually have a lot of colors in them, like these three:

La Jolla’s sunset on October 17, 2012, was pretty spectacular throughout the course of about two hours, and if you’re ever in San Diego, go visit La Jolla. Such beauty throughout the is to be experienced, photographed, and shared.

We all know that the sun sets in the west but occasionally here in La Mesa, California, it can look like it sets in the east. Here is the sunset from last night, December 10, but looking east instead of west: 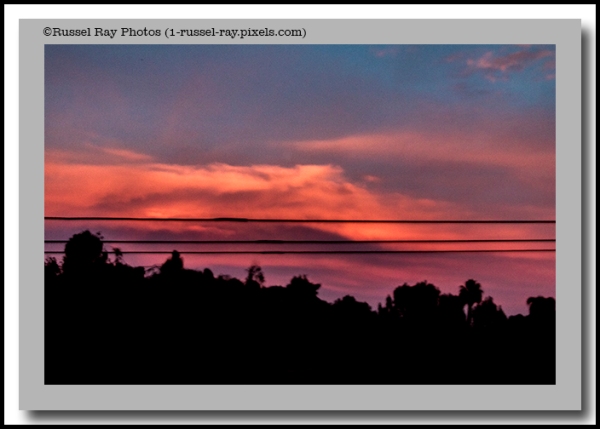 I was not prepared for that sunset so, again, a grainy smudgy picture unsuitable for anything other than a snapshot of a sunset.

And lastly, here is what a certain queen in the house thinks about all my sunrise and sunset excitement: 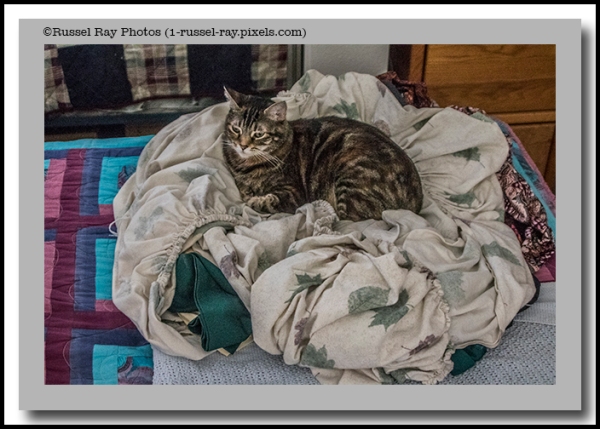 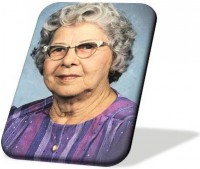 My wise old grandmother always said, “If you don’t get up early, you won’t see the sun rise.” She was always up before sunrise. I wasn’t far behind her. Here is this morning’s sunrise through the dirty window of my home office in La Mesa CA:

With that out of the way….

A few more quips from my wise old grandmother:

“If you’re not sleeping with someone, you don’t know what they are thinking.”

“Children aren’t born with hatred in their hearts. Mom and dad teach them that, usually through religion.”

I believe she was right on all counts.

I have been a member of a home inspector trade association for 13 years. There are about 10,000 members. I led a marketing seminar at its national convention in 2007, which is when a very significant member of the association found out I was gay. He wasn’t happy, telling me that he always thought gays should be killed. I brushed it off , thinking that if he got to know a gay person, he would change his mind. Apparently that has not worked.

I have had significant interaction with that person over the past nine years. A couple of days ago I was on the association’s message board and all sorts of Trump-approved hate was spewing. It’s allowed on the message board under the guise of free speech. He was participating and left a comment stating that maybe now that Trump was president, gays, illegal immigrants, and blacks would be killed. “Can’t go wrong with that.”

That definitely caused me to rethink my association, and I have decided to move on. However, that also means that my latest venture, House Key News, is being put on the back burner because I believe my main target audience all are Trump supporters. I’m not going to intentionally associate with those kind of people, especially now that they apparently have approve to spew their hatred in public.

My fallback is Photographic Art by Russel Ray Photos. I have let it slip over the past year, but a recent sale a few days ago has encouraged me to make it numero uno.

House Key News had a main target audience of about 20,000 people—home inspectors. Photographic Art has a main target audience of about 3,000,000 people—Realtors, loan agents, title agents, and escrow agents. They can use Photographic Art as unique close-of-escrow gifts instead of the standard $50 gas or restaurant card, a plant, a bottle of wine or champagne, etc.