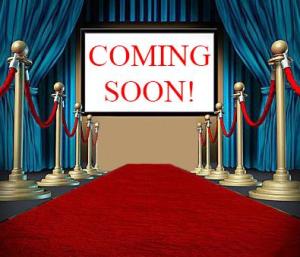 I retired on May 31, 2016, not because I wanted to retire (I didn’t!) but because my main income was from my home inspection business, and my knees and shoulders just didn’t like crawling under houses and up in attics anymore, a necessary part of a home inspection.

It took me four months looking for activities to fill these 24-hour days, and I finally chose delivering packages for Amazon and people for Uber. I thought it would be pretty neat to drive all over San Diego County, and it was, but both companies sucked. I started Amazon in October 2016 and Uber in January 2017. I tried to give them a year, but I quit both of them in June 2017.

I didn’t do much after June 2017 other than gardening and watching TV series and movies. When Stan Lee died in November 2018, I decided to watch all of the movies and TV series based on Marvel Comics. Although I liked all of the Marvel stuff, I especially enjoyed Spider-Man, Iron Man, Thor, Captain America, Wolverine, Captain Marvel, and Deadpool.

Now that I watched all of Marvel, I have moved on to DC Comics. I already had seen all of the Superman movies and TV series, having gotten addicted to them in the ’60s and ’70s. Same with Batman. I just finished watching The Flash and Arrow. Those two, especially The Flash, rocketed to the top of my favorites list. Grant Gustin, who plays Flash, now is one of my favorite actors. I’m in the process of watching everything in his actor catalog. Stephen Amell, who plays Arrow, also now is one of my favorite actors. Once I finished Gustin’s film catalog, I shall explore Amell’s works.

After finishing Arrow, I watched Krystal, a 2017 movie in which Grant Gustin has a support role. He’s very good, and I thought the movie was very good.

Gustin was in several episodes of Glee, which I had never started watching. Glee has a lot of singing, beautiful covers of songs I’m quite familiar with, and several episodes also featuring Damian McGinty of Celtic Thunder, one of my favorite non-rock/pop music ensembles, so I’m now watching Glee. With 121 episodes of about 48 minutes each, I suspect Glee will keep me occupied for a month or so. I watched the first three episodes of Season 1 this morning. On to S1E4!

As an aside, if you like male eye candy, there is lots in Glee and DC Comics, not as much in Marvel Comics.

This site uses Akismet to reduce spam. Learn how your comment data is processed.