I grew up in the boondocks in Kingsville, Texas. In fact, where I lived with my wise old grandmother was considered the “wrong side of the tracks.” Just like Billy Jo Royal sang back in 1965.

After going off to college in 1973 at Texas A&M University, I swore that I would never live in the boondocks again. So where did I move 33 days ago? Yep. The boondocks. The east San Diego County boondocks.

I do like a lot of things about the boondocks: It’s quiet, both during the day and at night. There is more wildlife than you can shake a stick at—ground squirrels, rabbits, fence lizards, birds of every kind. No pink flamingos, though. Sad.

I do have a little friend who comes by every morning to eat, although it looks more like s/he is storing food in those cheeks instead of actually eating it.

Generally, it’s the people in the boondocks that I don’t really care for. About 80% of them are Regressives and Twitler supporters. They think liberals, progressives, and Democrats believe themselves to be entitled, yet out here in the boondocks, I find that the Regressives think themselves to be entitled. They seem to be out for themselves, and screw everyone else, including some of their one.

This morning I drove a mile down the road and had six near accidents. These boondocks hillbillies don’t care if there are other people on the roads.

Traffic signal? “Honey, why’s everyone stopped? What are they looking at?”

I haven’t been carrying my camera for the last 33 days because I need both hands to carry boxes and things, but beginning tomorrow, consider my Canon to be surgically attached to my hand. The boondocks are going to provide some great pictures of these entitled hillbillies….

I was born and raised in the small farming and ranching community of Kingsville, Texas, population 25,000, give or take.

In front of our house, at the street curb, was a mailbox. I used to wait for the mail carrier to raise the red flag to indicate that we had mail, at which point I’d rush out to get it.

Here in the city, we have cluster boxes. They aren’t nearly as much fun as a curbside mail box.

Fortunately, San Diego County has a great many rural areas, so when I do a home inspection out in those boondocks, I often get to see great mailboxes, like these two:

If you come to San Diego for a visit, don’t neglect the boondocks! There are a lot of great, historic sites to see beginning with State Route 94.

Need a unique gift for Christmas?

I hung out at the beaches. A lot. Daily. Sunrise to sunset.

However, it took me several months before I decided definitively that I would make San Diego my home.

It was Saturday, September 11, 1993. I arrived at the beach early that morning, went swimming and sailing with friends for about an hour when someone suggested that we go skiing. Well, we didn’t have any ski boats with us, so I figured someone was going to go home and get the ski boat and bring it back. Sounded pretty good to me!

Everyone agreed that we would go skiing, so we all packed up, headed to the top of the cliffs, got some mid-morning snacks at the Torrey Pines Gliderport (picture ►), and headed to get the ski boat.

School had started so we expected to have the freeways and Mt. Baldy to ourselves.

After spending the afternoon snow skiing, I decided that San Diego and Southern California would be my permanent home….

One would think that with 15 million or so people in Southern California, the boondocks would be extinct. Not so!

Occasionally I get to go deep into the boondocks to do a home inspection for someone buying out there. It is fun to get out of the city sometimes.

Here are a few pictures from a trip to the boondocks last week for a home inspection: 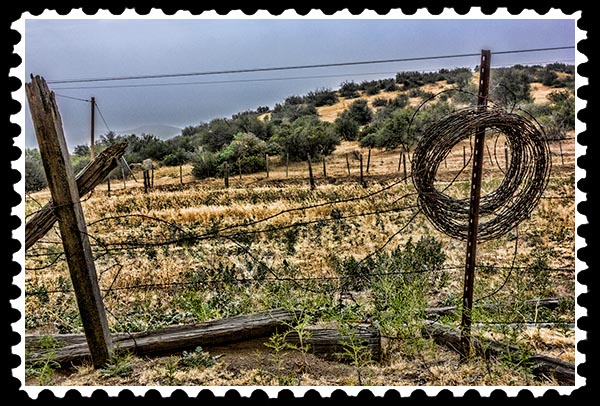 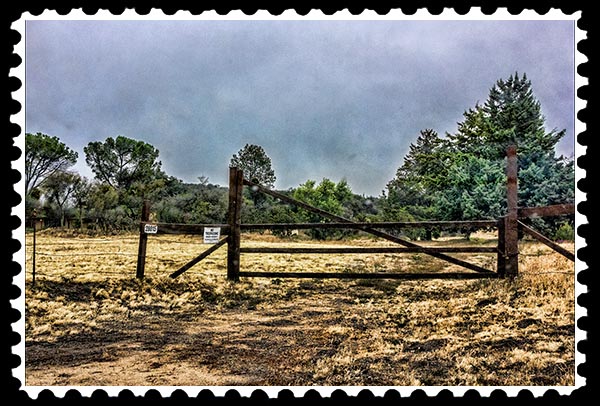 I did a home inspection yesterday for some buyers from Temecula, about 58 miles due north of where I live.

However, the property they were buying was in Ranchita, about 67 miles northeast of me….

….and in the boondocks….

….way out in the boondocks….

It was so far out in the boondocks that I was afraid the boondocks might swallow me while I was out there and that you would never see me again.

….because I had to stop and take pictures here and there……………

One thing I did notice about the boondocks is that people like to name their properties: 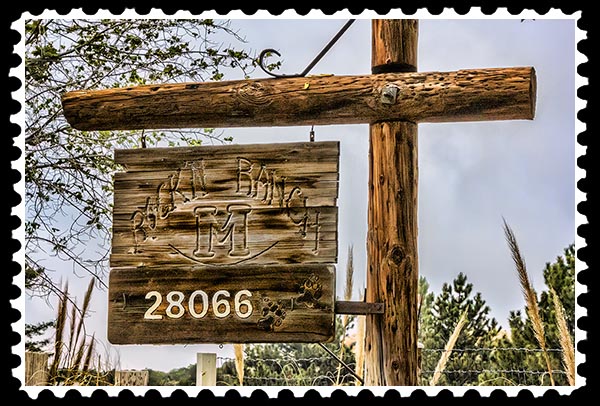 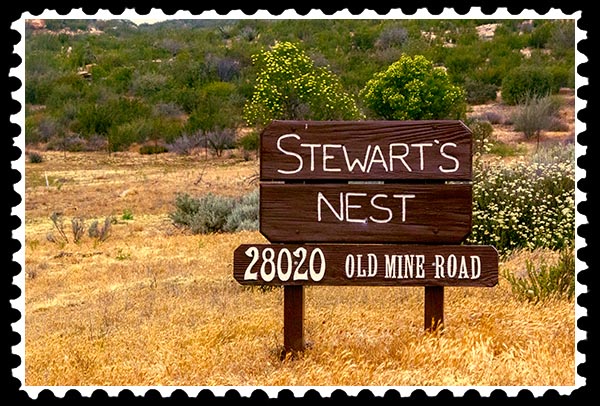 Imagine if we city slickers decided to name our properties. We’d have so many signs that I’m sure the politicians would be passing laws making it illegal to install a sign showing the name of your property….

Need a unique gift
for a marriage, anniversary, birthday or other special event?
Choose Photographic Art by Russel Ray Photos

I love going to the boondocks to do home inspections because I always find something new.

My inspection in the boondocks a couple of days ago was in an area where I had not been before, so I left early in case I found something to take a picture of.

You know I found things to take pictures of, right?

Following are three boondocks pictures made into Photographic Art. The first two are the same property and taken from the shoulder of the road. The third is a top-of-the-mountain mansion which was for sale, so I wandered around the property taking pictures.

The top-of-the-mountain mansion is located in Jamul, about 30 miles east of me. The MLS listing states that it is 3,736 square feet with five bedrooms and three baths. Built in 2000, it is on 5.03 acres of land with a tennis court, a vanishing edge pool, and a 1,600-SF granny flat. The seller really wants to sell it and will consider seller financing or carrying. It’s only $690,000, about $689,900 out of my price range. 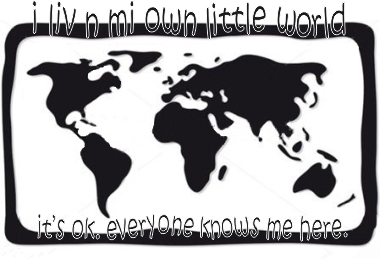 For the last five years, the San Diego Chargers, purportedly a professional football team in the National Football League, have played way below their abilities. When heavily favored, they have proceeded to lose quite handily. For the last five weeks, they have been heavily favored…. to lose! Each time, they have won. They are on a five-game winning streak, which includes a road win over Cincinnati in the playoffs. That has gotten the area into Chargers mode, reflected most recently in the new San Diego Central Library. During the daytime, it has looked like this: 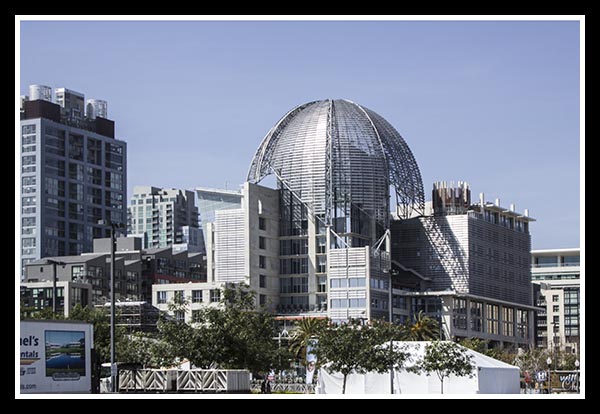 For the past few nights, in preparation for the Chargers taking on the mighty Denver Broncos in Denver today, the library at night has been dressed out in rotating Chargers blue & gold colors:

Update on my open letter to WordPress: Things are still messed up, and WordPress has not responded to me, either on my blog or in their Forums. LIKE buttons still don’t show up on blogs that have a URL ending in wordpress.com, but I am able to comment on them as long as I click directly on the words “Enter your comment here…” Previously I could click anywhere in the comment box, which was really convenient. Now, not so much convenience.

My stats page still doesn’t show up, and the little gold star at the upper right that notifies us of new comments and LIKEs only shows up if I load my blog, and then reload it!

I shall continue to camp out in blogs but it won’t look like I’m camping since I can’t leave a slew of LIKEs everywhere. 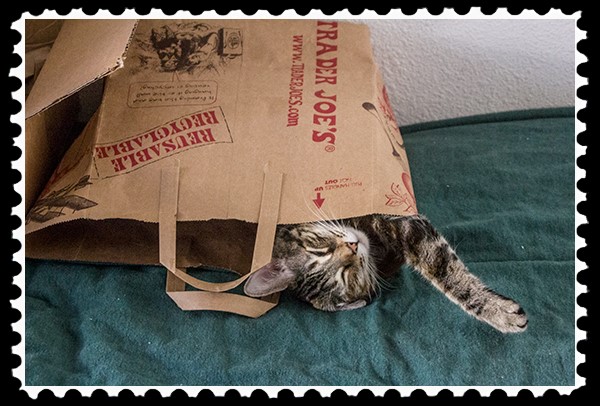 She doesn’t look at all interested in the Chargers playoff game today, and she doesn’t even seem to know that I’m going to the boondocks. Ha! She will later on when she wants to play red ring fetch and eat, and realizes that I’m nowhere to be found. She’ll have to rely on Jim, which might not be a good thing to do when it comes to playing red ring…. or even eating, for that matter!

I always like it when I go away for more than a couple of hours because when I come home, Zoey the Cool Cat is a real love bug. She knows who’s Chief of Staff, attending to her every whim……………….. and she misses him when he’s gone! 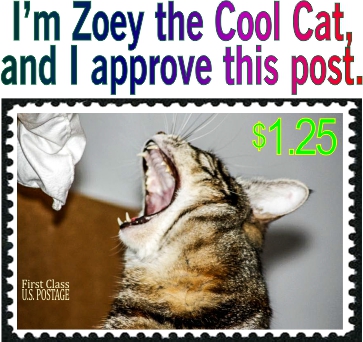 People from Corpus Christi, current population of 305,000, considered Kingsville to be out in the boondocks. And we were.

I thought that the overly rich who can afford RV’s and boats would have enough land to keep their RV on, and could keep the boat at one of the many marinas we have here in San Diego. People in the boondocks certainly should have enough land. And indoor storage? I was puzzled.

And copart? I was thinking cop art, but I really don’t have a clue.

I don’t know what a “Vail’s Gate” is but I am 100% absolutely certain that there are no rhinos running wild out in the boondocks. They all are at the San Diego Zoo and the Safari Park.

There were three wild dogs playing in a field. When I stopped my car, two of them went to hide in the rocks, but the third one stood his ground, giving me a look that I understood well. I took a picture and left.

I found a cat abandoned in the boondocks. Still had its nametag on. I felt sorry for it but decided not to take it home. 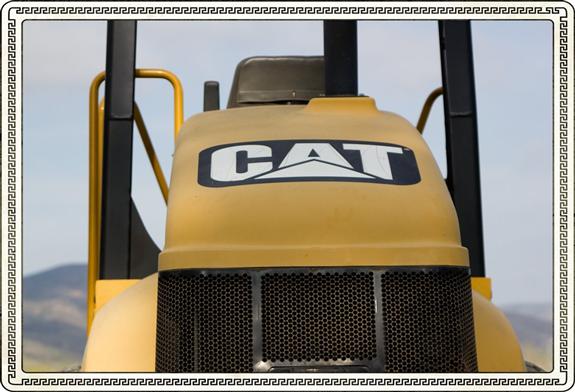 There were signs about every half mile on the fence informing you that you were, indeed, in the USA. 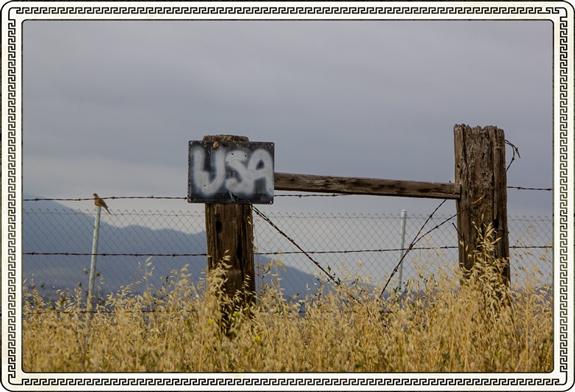 I found some city slickers who were out doing the same thing I was doing, exploring the boondocks. I stopped to talk with them, volunteering to take a group photo for their posterity. These city slickers were from La Jolla, about as city-slicking as you can get here in San Diego.

I drove by one guy taking a break from working out in the field. He didn’t seem to be all there, though. 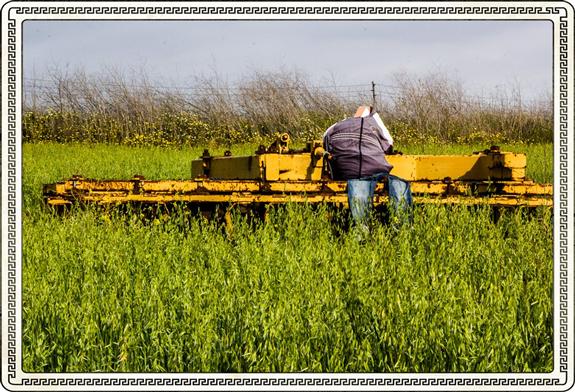 The East Mesa Detention Facility (prison for the big boys) was also out there, but by the time I got there I was being followed by a Sheriff in a marked car and someone else in an unmarked car. They were keeping a close eye on me, and eventually two separate Sheriffs in marked cars stopped me to inquire about my business out there. They told me not to “linger.”

It was obvious that trash pickup out in the boondocks is somewhat irregular. 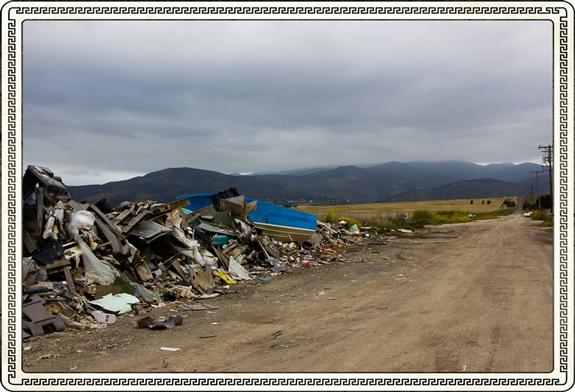 Really a shame because the boondocks are quite beautiful. 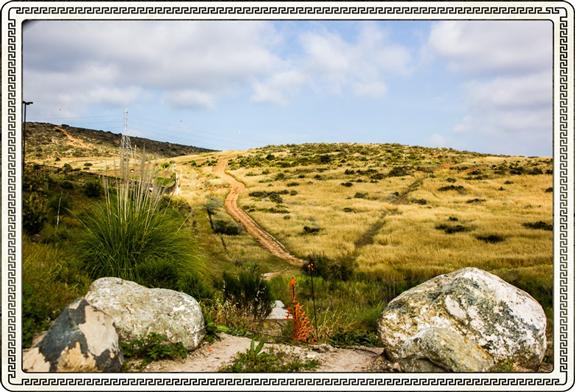 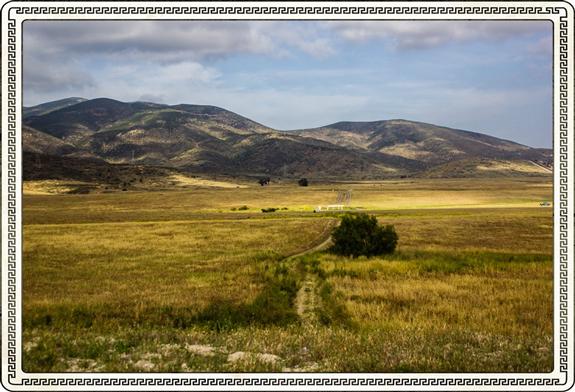 If you ever get to San Diego and want to go exploring, give me a call. I’d be happy to be docent for the day.

This post is dedicated to Robert and Lisa Hammerstein, husband and wife real estate agents with Coldwell Banker in Hillsdale, New Jersey. I have known Bob and Lisa for about three years through a real estate professional networking site. I highly recommend them for anyone buying or selling a home in New Jersey. If they can’t help you in your specific New Jersey locale, I’m sure they can refer you to someone (almost) as good as they are.

Dedications are my way of trying to provide a little extra Google juice for people I have come to know and respect over the years.

There really aren’t any signs like that in San Diego County. I created it in CorelDRAW X5. Life’s not that easy. However, if you keep your eyes open,

there are definite signs that you are out in The Boondocks: 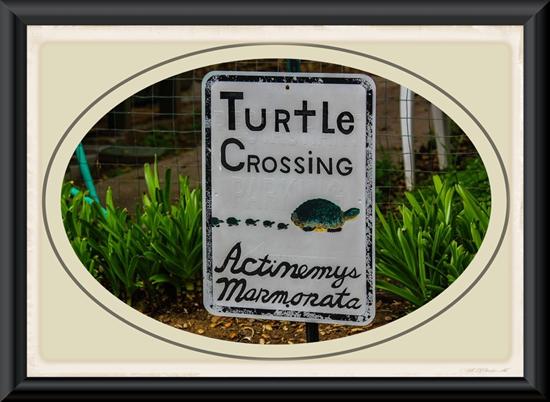 For anyone visiting San Diego County, call me up and, with appropriate advance notice, I might be able to play docent for a day.